North Hampshire drivers Rob Collard and Nick Foster will again be competing in the Dunlop MSA British Touring Car Championship racing for the EBay Motors sponsored West Surrey racing Team. They will be joined in the team by Tom Onslow-Cole in an expanded 3 car team. 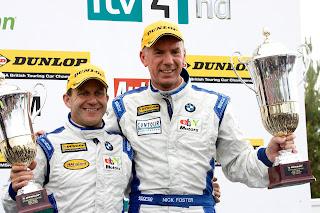 Title sponsor eBay Motors has increased its support of the team, which will use turbocharged BMW engines developed by Neil Brown Engineering, who also power the Honda and Pirtek teams.
WSR Team Principal Dick Bennetts commented: “I believe eBay Motors has a very strong driver line-up for this year’s championship. We have worked with Rob, Nick and Tom in the past and together they make a fantastic team.
“We have been busy developing the cars over the winter, which will have new BMW turbocharged engines developed by Neil Brown Engineering. With the prospect of added horsepower and torque alongside our in-depth understanding of the BMW chassis we are expecting a very competitive season.” 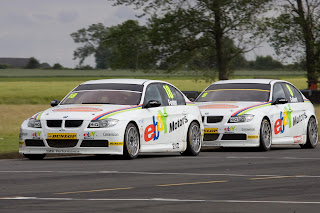 Collard is now looking forward to the coming season and commented, “This is really good news as the BMW 320i has a very sorted chassis and now we will have the turbo power to compete at the front and go for the championship”
Going into his second season in the BTCC Foster is ready to step up “After a really good first year I am looking to use the experience of my two team mates, allied to a potent BMW turbo engine to go for race wins”
The first official sighting of the new BMW turbo powered car will be at the BTCC Media day at Silverstone on March 19th with the first race meeting of the season taking place at Brands Hatch on March 31ST/April 1st