Sport
25 March 2012 Chris Roberts 0 Comments Ginetta G55, Tom Sharp
It has been the ideal start to the 2012 season as 20 year old Camberley racer Tom Sharp has been selected to join the prestigious BRDC Rising Stars Programme. 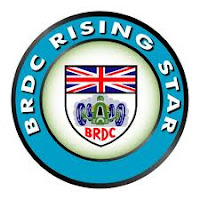 The scheme, set up to assist the careers of aspiring professional drivers under the age of 24 offers them the use of the BRDC club house for all race meeting held at Silverstone throughout the year including the British Grand Prix.

Sharp has been selected by a highly experienced group of individuals that have marked him out as being ‘one of the very best drivers of his generation’.  Former drivers to come through the Rising Star programme include Formula 1 world champion Lewis Hamilton.
As Sharp commented “To have been awarded Rising Star status will undoubtedly help my career tenfold, it is a very special programme and is just what I needed heading into this new motor racing season.”
Sharp was awarded this on the basis of a strong season in 2011, with his family run IDL Racing team, with 9 wins in the Ginetta GT Supercup championship, to finish a close third in the final points table.
He is back for the 2012 season, racing again for IDL Racing, who sponsorship for Vcars.co.uk with the aim of winning the championship, with the first races on March 31st & April 1st at Brands Hatch in Kent.